Since the termination of the contract with Skrą Bełchatów the Polish national team setter Paweł Woicki remained a free agent. He decided to train with the team of Lotos Trefl Gdańsk. 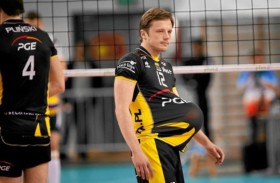 Although Lotos Trefl Gdańsk’s squad for next season has already two setters  – Grzegorz Łomacz and Przemysław Stępień – on Monday August 12, Woicki appeared at the training of the team. Still, no changes in the composition are planned yet.

Woicki will train with the team from Gdańsk until Łomacz returns to the squad or until he finds a new club.

“This situation is mutually beneficial, it saves me and the club, both. However, I do not plan to stay here permanent,” the player admitted for the Trefl portal.

Wojciech Serafin, the second coach of the team, played an important role in joining of Woicki to the trainings of Lotus Trefl.

“The desire to train with a good team from PlusLiga brought me to Gdańsk. I have not found the club for the new season yet, so the possibility of training in the same extent with a team of Lotus Trefl will be beneficial for me and will allow me to be well prepared to play,” the setter said.