As they are getting ready for the upcoming season where they are set to participate in the 2014 CEV Volleyball Champions League, the players of Poland’s Tauron MKS DABROWA GORNICZA are about to embark on an American tour to play there a few collegiate teams. 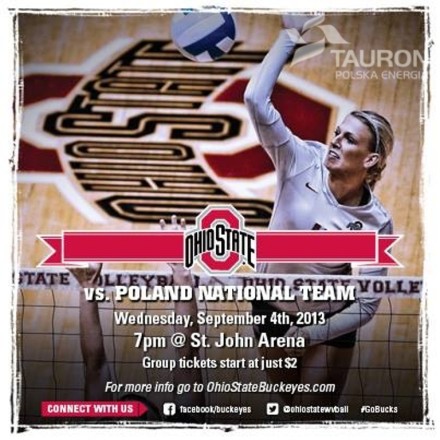 Tauron MKS started their preparations for the 2013/2014 campaign already this past July 29 and right from that day the players have been working very hard. This past August 22 they beat the Belarusian national team 3:1 and one day later they played four sets – winning two – with Fakel NOVY URENGOY, one of the sides competing in Russia’s Superleague. For the very first time in their history the team will be playing friendly matches abroad before the official start of the season. All players are very excited about this opportunity. “I think that the idea of travelling to the US is great” says setter Anna Kaczmar. “Quite many of us have never been there and at the same time we are going to play strong teams”.

The coaching staff stresses that this tour is part of the pre-season plans: “The trip to the USA is the next cycle of our preparations. Apart from playing friendly matches and travelling around we will continue with our regular workouts in the gym and in the hall as well. We have some tough days ahead” stresses Tauron MKS assistant coach Leszek Rus.

Starting from August 30 Tauron MKS DABROWA GORNICZA will be playing nine friendlies opening with probably the most dangerous opponent, Penn State. Last year this team made the final four of the NCAA Championship taking bronze in the end. The teams that Tauron MKS is going to play were not chosen by chance. “We have decided to stop in cities where there are large Polish communities” says the organizer of the tour, Tim Kelly. After playing Penn State, Tauron MKS will take on Syracuse, Kent State University, the University of Pittsburgh, Ohio State University, Purdue, to finish it off with Bowling Green, Notre Dame and Northwestern University on September 9.

Read more news from this country on Poland.