Week ago Rzeszow won the match against Zaksa 3:1, but after the last action it turned out that the game was not finished after all... 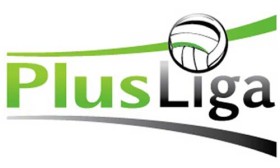 Zaksa Kedzierzyn is dealing with some big health problems – a lot of players can’t play because of injuries.

Kedzierzyn won the first set, but then it get only worse for them.

The main referee did not notice that there was a setting error and Michal Ruciak went to service position again.

When he find out to be wrong, referee tried to fix his mistake.

A few minutes later the main referee finished the game, but then the statisticians of both teams signaled a serious problem.

According to them, match was over with the result 24:14!

When referee tried to force players to come back and finish this set, it was 30 minutes after the last action.

Everyone was embarrassed by the situation, this never happened before!

Zaksa refused to sign the match protocol and called for repeat this game.

A few days later people responsible for this confusion were suspended.

The result was kept and finally there was 3:1 for Resovia Rzeszow.

Italy: Round 19 in numbers

POL M: PlusLiga: Without surprises in the 14th round

POL M: No agreement between Achrem and...