She won double crown last time she played in Poland, we will see how much luck will have this time. Anyway, Tereza Matuszkova-Rossi joined Muszyna. 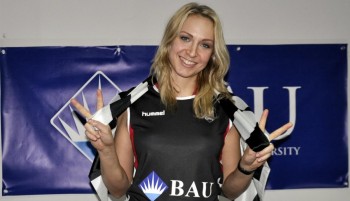 Czech receiver has long and successful career behind her. She played in Czech Republic, France, Poland, Italy, Korea, and last season she played in Turkey for Besiktas.

As, we mentioned above, Tereza Matuszkova–Rossi has already played in Poland. It was in 2006/2007 season when she won League and Cup with Winiary Kalisz.

Muszyna has score 4-4 in national championship so far.