Polish national team has stopped licking its wounds after failing to qualify for the Olympic Games at the World Cup in Japan. Its players began preparing for the European Championship (October 9-18). 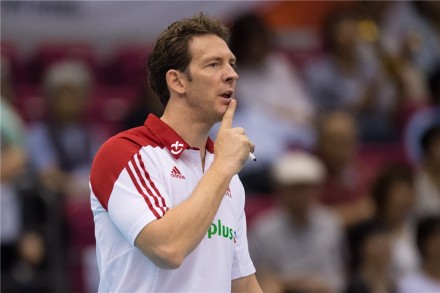 Same 14 players that fought at the World Cup appeared on gathering in the training camp in Spała, but the head coach Stéphane Antiga could take advantage to call several more names.

As some Polish media report, he might form a wider group of 22 players for the last tournament this season. In this group are, for example, world champions Andrzej Wrona and Paweł Zagumny as well as the opposite Jakub Jarosz.

„We have a lot of motivation to win the European Championship. We will gather all the strength to represent ourselves well. At the moment we feel a lot of grief because we are not qualified for Rio yet, but we are confident that we can mobilize ourselves and play at a good level. Then our aim will be January’s European qualifications… European Championship will be a difficult tournament. There will be several strong teams and we will play a lot of games… This tournament is going to be very useful for us for January’s Qualifiers,“ Antiga stated.