POL M: Kosok – The team is our strenght

"Our strongest weapon is our whole team", Grzegorz Kosok said after the Poland - Iran (3:0) game at the Hubert Wagner Memorial tournament. 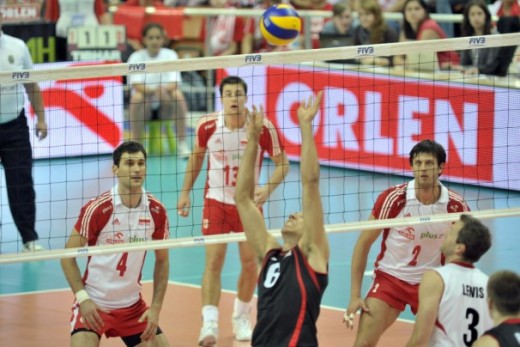 Poles, despite an uncertain start, finally managed to repay Julio Velasco’s team, for the last defeat in the World Cup played in Japan in 2011. The tenth Wagner Memorial is the final test of the Polish national team before the Olympic Games in London. “In this tournament, we want to show our good side, to show what each of us can. This is the best test before the Games, which are our main goal” commented after the match Grzegorz Kosok.

Attacker of the Polish team acknowledges that the most important thing is improve the form. “It is not yet sure what we can expect from one another, I think we can play much better, but this is only the beginning. This best form should come before the Olympic Games” Jakub Jarosz said.

On Sunday, Anastasi’s team plays against Argentina. “It will definitely be an interesting match, they will fight for every ball” Kosok said.

POL M: Zbigniew Bartman – The most important is ahead of us