POL M: Leon – “I’ll be able to play for Poland next year”

No confirmation so far but it seems that Cuban-born volleyball player Wilfredo Leon will wear a jersey of Poland in 2017. 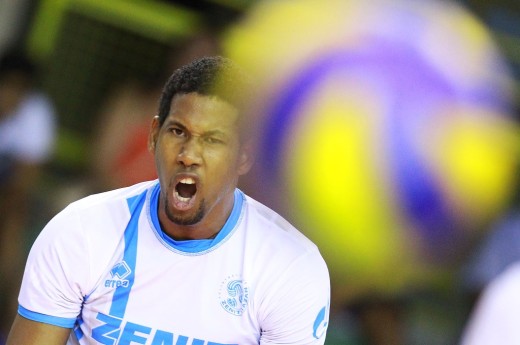 But, firstly, he talked about the favorites at the Olympic Games.

“Brazil will play at home court and will be supported by the Brazilian fans. At the World League tournament they played well, but it will be interesting how much they are ready for the tournament in Rio. France played last two seasons very good, won the European championship and in the World League this year they didn’t play with the 100% of their abilities. I read that the French coach gave them a week of, it could affect the outcome. In the recent friendly match against Russia they were defeated in four sets, so I don’t know what to expect” explains Leon.

“There are Poland, Italy and USA of Matt Anderson. Not only him but the whole American team is great, they can beat anyone. Now, everything is open and I can’t say precise who will be playing in semis. I keep finger crossed for the Polish national team, because they have a good chance to take gold in Rios” says Leon.

You have missed the Olympic Games in Rio, but is there a chance to play in Tokyo 2020?

“If I get the chance to play at the Olympics, I’ll give more than 100% of me to in gold. The victory at the Olympic Games is the highest achievement in career of any athlete. There is no confirmation but I’ve heard that I will be allowed to play for Poland already in the next year. So far, no one has confirmed this” says Leon, who is currently a member of Russian Zenit Kazan.

Of course, Graca will give you the permission once the OG in Brazil are over!!!!

This young guy statements are funny – he admires various NTs according to origin of the media he speaks with… Very plastics. No backbone…