What a great news come from Chemik Police. 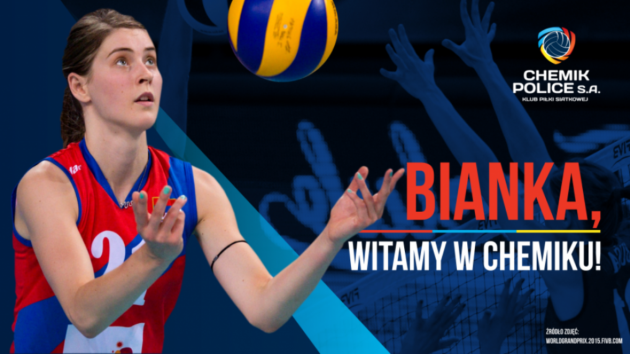 After Polish champion hired the Serbian setter Sladjana Mirkovic, today they have announced that another Serbian player , the third in season 2017/2018, will wear the Chemik’s  jearsy.

Bianka Busa, the talented receiver joined team from Poland. Last two seasons she played in Italy (in 2015/2016 also in Romania) and in the previous one, she was a member of Montichiari.

The 22-year-old Busa was a part of the Serbian National team who last summer won the historic silver medal at the Olympic Games in Rio de Janiero.

She was the captain of the Serbian National team generation ’94.

“I am very pleased that I was able to sign a contract with such a renowned team. I have already informed about Police game, so I look forward to the beginning of the season” she said.