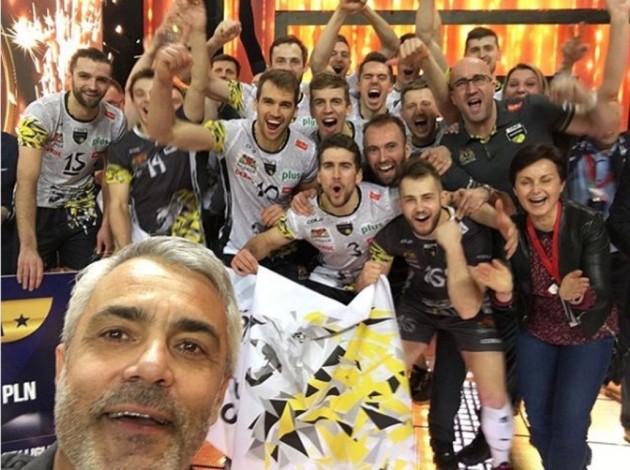 Trefl Gdańsk won their second-ever Puchar Polski after sweeping PGE Skra Bełchatów in the finals at Hala Stulecia (Centennial Hall) in Wrocław by a 3-0.

Skra players struggled with service reception in the first set and Trefl took advantage of it to gain a 16-14 lead, which they did not drop until the end, finishing it in style by a 25-21.

In the second set, the problems with reception of Skra players got worsened and, despite they were close on the first TTO (7-8), Trefl escaped from them to three points up soon afterward (13-10). When the team coached by Andrea Anastasi got themselves a 15-11 lead it was clear in which direction this set will go – 25-22.

The third set was the most intense. Firstly, Trefl took a 4-1 lead which Skra converted into a 6-5. As the set was approaching its end, the players on both sides became more and more nervous. Ultimately, Bartosz Bednorz touched the net at 24-22 to set off a celebration on the court for Trefl players – 25-22.

Damian Schulz topped Trefl with 17 points and earned the MVP of the Final Four award. The Serbian Srećko Lisinac and Mariusz Wlazły scored 12 points each for Skra.

See the complete results of the tournament from the quarterfinals by visiting our POL National Cup 2017/2018 (Male) page.