RUS W: With youth team and 4 players at age of 15 in line-up, Dinamo Kazan fall to Sakhalin in tie-break!

Sakhalin recorded a hard-fought victory against giants of the country’s volleyball Dinamo-Kazan in the penultimate match of Round 1 in the 2019/20 Russian Women’s Volleyball Championship regular season. But, these giants came to match with the youth team... 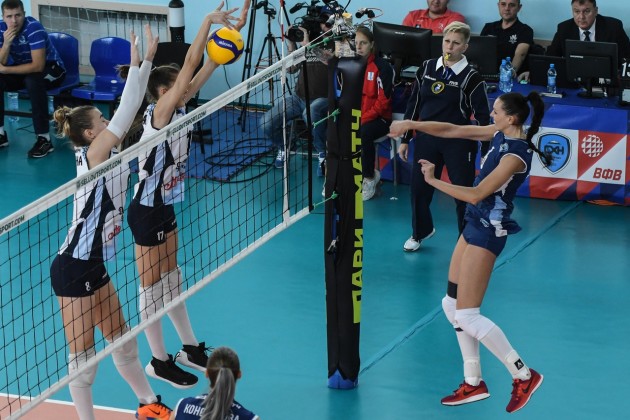 The Dinamo-Kazan coaching staff decided to start the season with the youth team. The five-time Superliga winners had many difficulties in the pre-season training associated with the absence of almost half of the players who were and still are engaged with various national teams.

The start of the season will not be any easier because Dinamo will spend the entire first month on continuous trips. In the first round of Superliga, the team flew to the far east of the country – to Sakhalin island and in the second round, they will go to the extreme west – to Kaliningrad. This is nine hours of the time difference and 7.500 kilometers between the two cities! Moreover, this mileage is without taking the return trip into account. Therefore, Dinamo’s leadership decided to send the team to the match against Sakhalin without leaders such as Koroleva, De la Cruz (just won the NORCECA Continental Championship with the Dominican Republic), Fabris, Startseva… In fact, they sent the youth team consisted of only nine players. The main players remained din Kazan to prepare for the hard match with the runners-up Lokomotiv next week.

Now, believe it or not, as much as four players in Dinamo’s line-up against Sakhalin were 15 years old! The two more were 16 and 17, while the only adult player in the starting six was libero Milina Rakhmatullina (18 years old). Considering all these circumstances, losing to Sakhalin in the tie-break was an amazing success for Dinamo. Taisiya Konovalova top-scored for Sakhalin with 17 points, including 4 of the team’s 17 kill blocks. The 15-year-old opposite hitter of Dinamo, Arina Federovtseva, poured in 28 points!

ITA W: Scandicci save several match points before they beat Casalmaggiore in derby