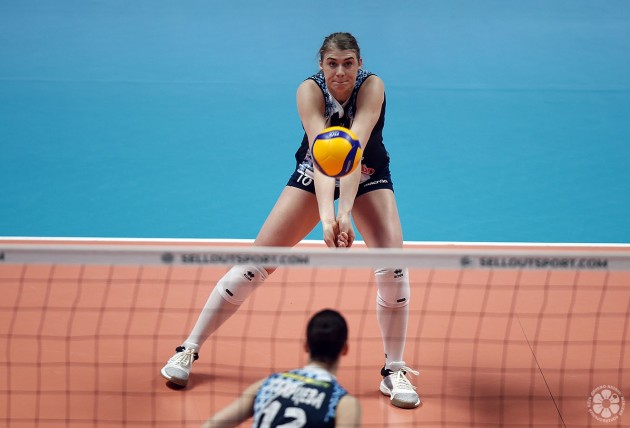 While clubs in Russia wait for further decisions about the eventual continuation of the championship, both men’s and women’s, that was stopped due to coronavirus pandemic, the management of Dinamo-Kazan has formalized the renewal of the contract of its opposite hitter Samanta Fabris for another two seasons.

The 28-year-old Croatian international was considered to be one of the most important and pursued names of the transfer market for the next season. She has just won the Russian Cup, receiving the title of the Best Attacker of the Final Four. Fabris is the most effective scorer in terms of average points per set (6.48) in the ongoing Superliga Parimatch and her team’s top scorer (287 points).

Dinamo-Kazan is one step away from advancing to the finals of the playoff after beating Dinamo Moscow in semifinal Game 1.