Dmitriy Muserskiy once again proved he is one of the best volleyball players at the moment. Although Russia didn’t win the gold on Grand Champions Cup, their middle blocker collected the MVP award of the tournament. 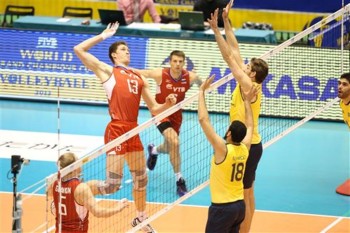 Muserskiy thinks that despite “only” second place, Russia played well in Japan:

“We played adequately. Won four games out of five, moreover, defeated Brazil third time in 2013! I think this was a good base for what is about to come, and I mean on World Championship next year. It is possible that we will face Brazil there again…” – stated Muserskiy.

ARG M: UPCN vs. Sarmiento in finals of Copa ACLAV