RUS M: Kuzbass replied – “Eric was more worried about the child than Earvin!” 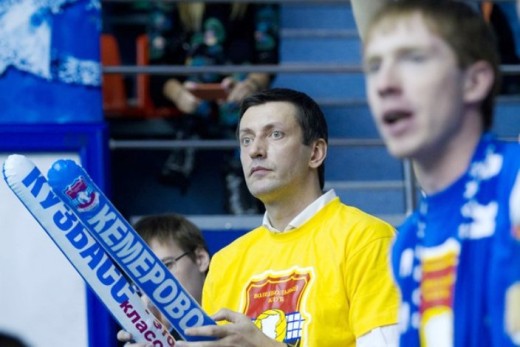 “Hello everyone who loves volleyball. As a sports director of the club, my job is to resolve every problems with the players, so I will try to clarify the situation of Eric N’Gapeth. For years we tried to build on our reputation in Russia, but in the world as well. Not a single player who was part of Kuzbass Kemerovo didn’t stay without his money, and we did everything that all of them feel comfortable in our club and town. Therefore, some of N’Gapeth’s statements could not be left unanswered” – started Lomako.

“I don’t want people to think that Siberia is some wilderness, and I will certainly not allow someone to tarnish our city. It is not so hard to live in Kemerovo, if you want it. A lot of famous players came here with their families. When contract with Earvin was signed in June 2013, his father Eric informed us that Earvin was about to become a father, and that his girlfriend would probably give birth in Russia. It seemed that Eric was more worried about his grandchild than Earvin. He wanted to know about our hospitals, medical staff… And, we fulfilled every request, showed him our new medical center, which is one of the best in Russia, even sent all the data to Earvin, who didn’t bother to ask about anything.”

“On October 7, player informed us that his girlfriend would give birth in France, and stated that the reason was language barrier. Which is ridiculous, because our doctors speak French fluently. He has also informed us that the wanted to be in France for the birth. Although, we had some problems with the visa (Russia is not in European Union), and he almost had gone without one, club resolved every issue, and allowed him to go with the necessary papers. According to Earvin, he was in France for a day and a half… Strange, he departed on November 7th , and returned on November 12th.”

“He also stated that there was no point to play on Siberia Cup, because without some main players, who were with the international team, Kuzbass didn’t have a chance of winning! Well, I can just remind Earvin that he is a professional, and that he has been receiving amount of money which is large not just for Russia, but for France. And, he has to do his job!”

“Not to forget the injury story he mentioned. Again, we were informed by his father firstly. He said that contract allows him to be treated in France… But, how can we knew the injury really existed… To just believe the words… Excuse me, but that was a breach of contract.”

“And that was not the only violation of the player. He overslept for a training which started in 17 pm, then there is a trial for a fight in nightclub scheduled for January 16th, when he would again have to return to France…”

“The point is, you have to respect the people who are doing everything for you” concluded Lomako.