Not a good welcome for Zenit players in Germany. 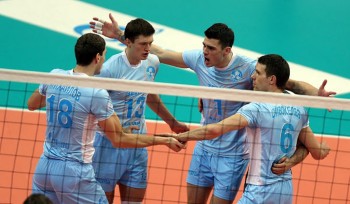 Russian giants have arrived in Berlin for a Champions League match against BR Volleys, but they suffered quite an unpleasant situation after the training in German capital.

When Zenit’s players and coaching staff have returned to the hotel, they found out somebody robbed them! Valuable items have been stolen from the hotel rooms of Alexander Mochalov and Igor Kobzar, as well as of Oleg Bryzgalov, director of the club, and Roman Kruchinina, photographer.

Nevertheless, Zenit will face BR Volleys in the tonight’s match.

STATEMENT OF THE DAY: “I hope I will marry Natalie Portman”