Czech giant Jan Stokr is only one step away from making the last stage of what is unanimously considered the world’s most competitive league and will need a home victory over Kuzbass KEMEROVO to make it to Ekaterinburg, venue of the Final Six. 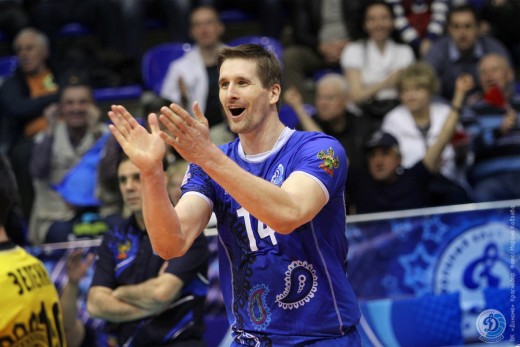 After spending most of his career in Italy, Jan decided to move to Russia and more specifically to Krasnodar. The season is now drawing to a close, so which are the pros and cons to take from this decision?

“When I decided to move to Russia, I thought that there were only four teams playing at the highest level here, i.e. those participating in the European Cups. However, I soon had to realize that there are 8-9 excellent teams that can all fight at eye level. I think that the level of the Italian national league is now lower than what you get here in Russia. This is evidenced by the fact that two Russian teams – Zenit KAZAN and Belogorie BELGOROD – played in this year’s Final Four of the CEV DenizBank Volleyball Champions League while no Italian teams qualified for the last act of the competition. I can only say that I am happy with playing in the world’s strongest league. And by the way, there are also many foreign players here right now, including some from Italy” Stokr says.

He has a nickname Terminator, which was given by the Russian fans…

It ain’t over till it’s over (VIDEO)

Does he really have to emphasize that Italian League is lower or weaker than in Russia? and pointing out that many foreign players are now in Russia including italians?
as if he was such a big ‘Loss’ in italian league.. he can now live in russia all his life and italians dont care..
-comment from me, philippines.