Nikolay Apalikov suffered a knee injury in the match against Dinamo Moscow. 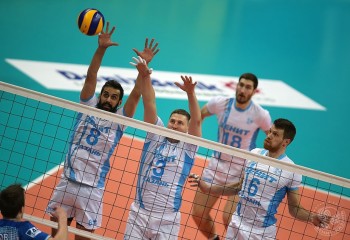 Captain of Zenit had to leave the court in the first set because of the pain in the left knee. Nikolay Apalikov spent the rest of the game sitting on the bench with pack of ice on his leg.

Kazan powerhouse won the match by 3-1. however this is indeed a big blow for the whole team because the most important games are just ahead. Zenit and Dinamo Moscow will play the second game of the semi-final series on Saturday, while on the next weekend club will play on the Champions League Final Four.

Hopefully, Apalikov is not seriously injured.

THA M: You can call this – domination (VIDEO)