Zenit opened the new season with 4 wins in row… 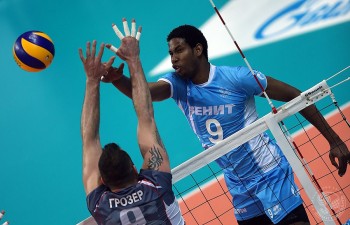 National Cup, Russian Championship, CEV Champions League! By winning three major trophies Zenit made the last season one of the best ever in club’s history, but the Russian powerhouse does not intend to stop there. They opened the new campaign on the exact same way as they finished the previous one – with wins!

Zenit won all 4 games in Russian Victory Cup so far. They firstly defeated Yugra-Samotlor by 3-0, then Orenburg by 3-1, Gazprom Stavropol by 3-0 and finally MGTU Moscow by 3-0. Unfortunately, there are only stats from the first game available and you can guess who was the top scorer in the match between Zenit and Yugra-Samotlor.

Of course, it was Wilfredo Leon who made 21 points.