Games in representation, duties to the club in the league and cup competitions. 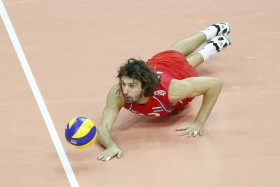 I know that nobody would give additional leave and does not make sense to cry because of that – says the representation attacker Alexander Butko.

Lokomotiv Novosibirsk and Kiemierowo Kuzbass will play in the final of Russian cup.

One of the leaders of the first team is the striker Alexander Butko, well known for his performances in the representation of Russia.

He showed a good performance in the World League final, in which Sborna defeated Ergo Arena Brazil with 3-2.

Butko, together with the national team has won in Japan World Cup at the beginning of December.

The final tournament for the Russian cup with the participation of eight teams from the start is full of surprises.

Italy: Second half of season begin with a smile

RUS W: Play out – second round