The Russian Volleyball Federation support the idea of including Lukas Divis into their national team! 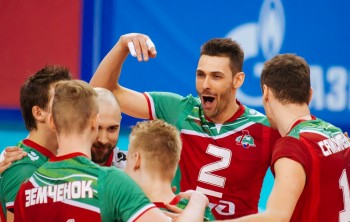 “Regarding the case of Lukas Divis I vote YES! He is a great athlete and the captain of Lokomotiv Novosibirsk, with which he has won the CEV Champions League and the National Cup. Lukas has been living in Russia for years, he fluently speaks Russian language and he is well adapted to our country,” said Stanislav Shevchenko, the president of the Russian Volleyball Federation.

Divis was born in Zilina, Slovakia, while he arrived in Novosibirsk back in 2011. He has a Russian passport, so there are no obstacles for him to wear the jersey of Russia.