Russian powerhouse Belogorie Belgorod once again faces heavy difficulties in regard to building a new gymnasium. 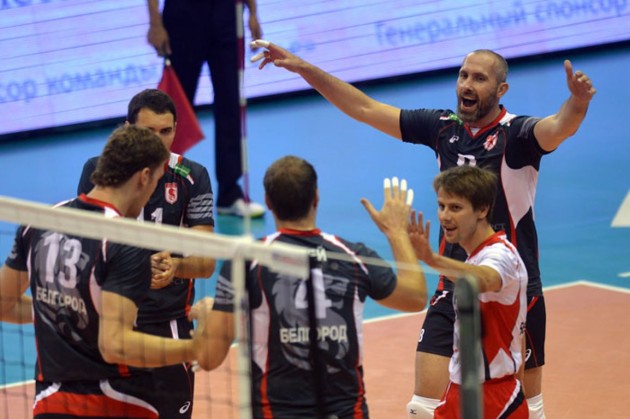 The building of „Belogorie Arena“, where the club should play its matches as host in the near future (it was planned as from this season already) has started in May of 2015 but faces the second setback so far.

First setback occured in March this year due to lack of funding from the federal budget. Guess what? Another setback occured for the very same reason. The authorities of the Belgorod Region postponed the continuation of the construction of a new arena and said that the project will not receive funding as long as the authorities do not receive guarantees of federal subsidies. This might delay the building for long period of time…

„We did not give a single ruble, and will not give in future, until we get the federal budget guarantees. This is problematic today, because today the resources are mainly focused on preparing for the (football) World Cup in 2018,” explained deputy governor of Belgorod Region.

Belogorie currently play as hosts in Palace of Sports „Kosmos“ which was built in 1983.

See other news from Russia.

ITA M: This happens when sickness is stronger than superstar… huge spiking fail by Zaytsev (VIDEO)

ITA M: With this reception, Serie A1 title is far for Perugia – Molfetta player scores 3 aces in a row (VIDEO)