Dinamo MOSCOW got under the spotlight on Monday as an official press conference was held in Russia. After a short introduction by general director Vladimir Zinichev, the floor was given to head coach Svetlana Ilic and newly appointed captain Maria Perepelkina. 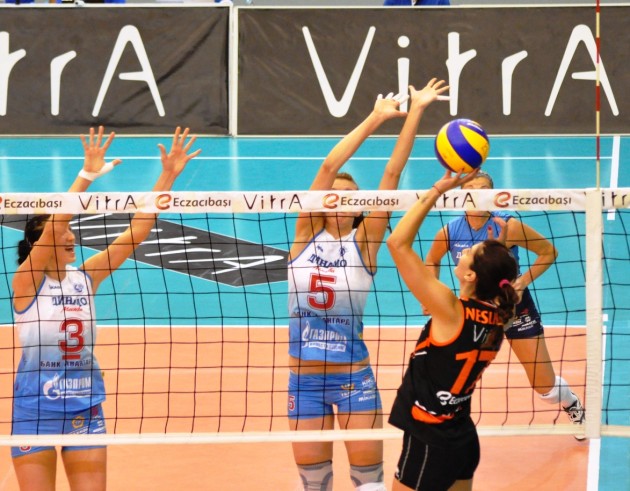 After a short introduction by general director Vladimir Zinichev, the floor was given to head coach Svetlana Ilic and newly appointed captain Maria Perepelkina. “We have a lot of new players and have set very ambitious goals for the coming season; we shall claim one of the domestic competitions and make it to the final four of the Champions League. Our season started with a real tragedy, as coach Sergey Ovchinnikov prematurely passed away and this we can’t forget. We shall fulfill the goals and plans he had set also to pay the right tribute to his memory” said Zinichev.

“This year we had some more time to prepare for the start of the season and we played some friendly matches in Turkey, so we feel well ready for the start of our Russian and international campaigns” added Perepelkina.

The journalists in attendance dropped many questions to head coach Svetlana Ilic. “This is not my first time in Russia; I have been here as a player and I always followed the results, news and the matches of the Russian teams. I do not think I will change much and I am convinced we’ll be using all of our 14 players as we have many competitions and matches to play”.

The club has also a new talisman, a fluffy blue ball with a white cap. “We feel very positive and confident and I hope we can advance to the Playoffs after completing the League Round” stated Zinichev.