F4 in Rome: Maxim Mikhailov is the MVP! Check out the ideal lineup of the Final Four…

Maxim Mikailov of Zenit Kazan is the MVP of the 2016/17 CEV Champions League Final Four! 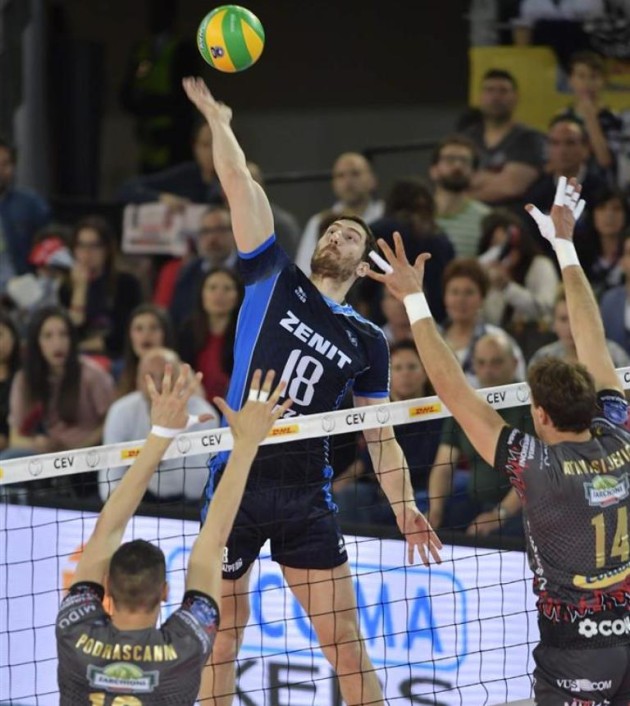 Zenit Kazan opposite was the top scorer of the final match with 19 points, while his team won the 3rd consecutive CEV Champions League trophy.

Check out the ideal lineup of the 2016/17 CEV Champions League Final Four:

This year the organizers preapred a special award for the player who made the fastest serve at the tournament. It went to the hands of Sir Safety Perugia player Ivan Zaytsev.

THEY ARE THE BEST IN EUROPE: Zenit win third consecutive Champions League trophy!

Atanasijevic best opposite with only 30% attack in final match???

Re: @Axe
Yes. He is grande Magnum. It’s not impotant just one match.

Not important one match? It doesn’t matter however they call you, it is important what you do. And he was way back of Mikhailov this tournament