Both teams that carry a name Zenit scored wins at the opening of the 2017/18 Russian men’s volleyball championship Superliga best-of-three playoff semifinals. 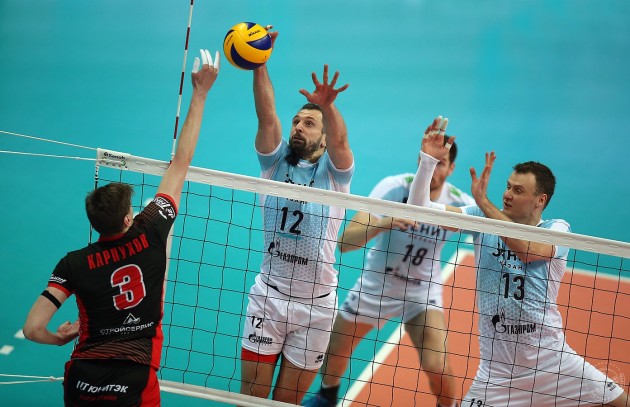 The Cuban Wilfredo León, who announced finding a new club at the end of the season, topped Zenit Kazan with 19 points (5 aces). Artem Volvich added 5 kill blocks. There were no double-digit players in Kuzbass for which their best scorer Viktor Poletaev was unable to play as he was admitted to the hospital before the match due to a food poisoning.

Before the encounter, a minute of silence was held at the Volleyball Center Kazan in memory of the victims of the fire in Kemerovo shopping mall. Recall that Sergey Tetyukhin called for online petition signing to determine who was guilty of the tragedy. As Zenit Kazan published, all funds raised from the sale of tickets for today’s match will be transferred to the Fund for assistance to families of victims in the tragedy.

Game 2 in both series is scheduled for April 6.

It’s possible that Russia might have a double Zenith Finale.