Minchanka MINSK who recently won the fifth title in Belorussia, in the next season will play in Russia! 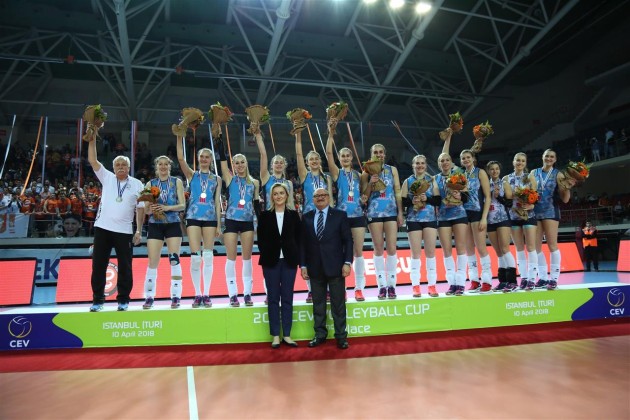 According to the local media, the Russian Superleague in 2018/2019 will be with 12 teams and one of them is Minchanka Minsk, the silver medalists of the CEV Cup 2018.

In the seasons 2016/2017 and 2017/2018 Minchanka participated in the competitions of the European Volleyball Confederation and reached for the first time in the history the final of CEV Cup.

Drawing of lots for EuroVolley U19 W in Albania