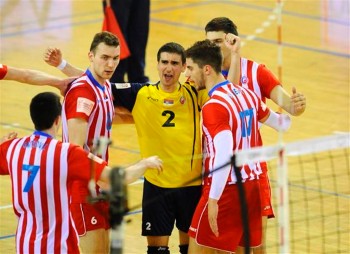 In the Game 4, Crvena zvezda outplayed the eternal rival Partizan and closed the final series by 3-1 in wins! Red and whites have therefore continued the domination in Serbia, as this was their fourth consecutive national title, while it was the 11th in club’s history!

On the other side Partizan lost all trophies in this season, despite being the top favorite. Recall that the black and whites finished the regular season with the perfect score – 18-0, however they firstly lost the Cup final against Vojvodina, and then suffered a defeat in the championship finals against Crvena zvezda.