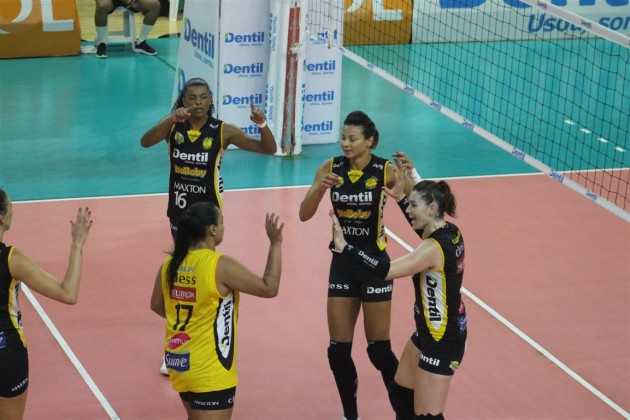 Dentil/Praia Clube demolished Bolivian side Universidad Católica de Boliviana at the start of the 2020 Sudamericano de Clubes femenino in front of their own crowd at the Arena Sabiazinho in Uberlândia, leaving rivals at single digits in points in two sets: 3-0 (25-10, 25-7, 25-8). The match was marked with the return to the court of Praia’s opposite hitter Nicole Fawcett. The American player recovered from a sprained right ankle injury that sidelined her for a long time.

The second game of the opening day was an all-Argentine duel. San Lorenzo celebrated a 3-0 triumph over national champions Boca Juniors.

In addition to these four clubs, one more is taking part in the tournament and that’s the reigning titleholders and also Brazilian champions Itambé/Minas. Unlike the men’s event, women’s is played in the round-robin format and the team with the best score will rule the continent and secure a place in the next FIVB Club World Championship, which will be played in December this year.