The Women’s Volleyball National Team of Venezuela will compete at the 2017 FIVB World Grand Prix after all!

Venezuelan Volleyball Federation sent a note of protest to the International Volleyball Federation (FIVB) in September after the draw for the Grand Prix because its Women’s NT was not included. Thus, the FIVB made a schedule and timetable of the competition without the name of Venezuelan Women’s NT despite the fact that it secured their spot in the Grand Prix throughout 2016 Pan American Cup.

But, a few days ago, the FIVB stood corrected and included Venezuelan Women’s NT into tournament, Group 3. It will be its first ever participation in the Grand Prix. 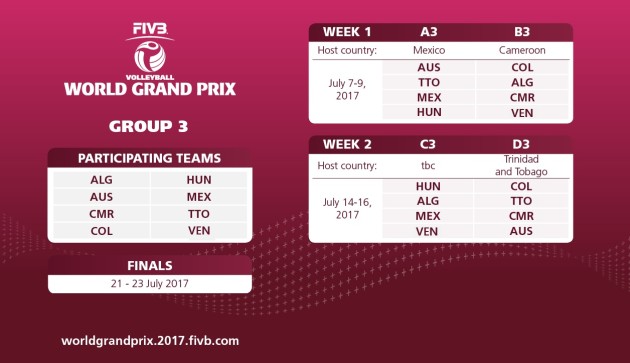 “I announce to the country that the International Volleyball Federation took into consideration the communication we made, where we were never informed to be inside or outside the World Grand Prix. Because of that, the FIVB ruled that Venezuela can participate with the women’s team and for the first time in the history of volleyball in Venezuela, we will play in the 2017 World Grand Prix,” said Judith Rodríguez, the President of the Venezuelan Volleyball Federation.

CAN M: Antiga one step closer to take over Canadian NT – „I’d like to work with them“