Turkey’s boys stretched their winning streak to four matches thereby almost securing a spot in the final round. The home guys edged Austria in straight sets standing out with their blocks, especially in the first two sets. Austria’s Paul Buchegger top scored in the game with 20 points but could not avoid the defeat of his side. 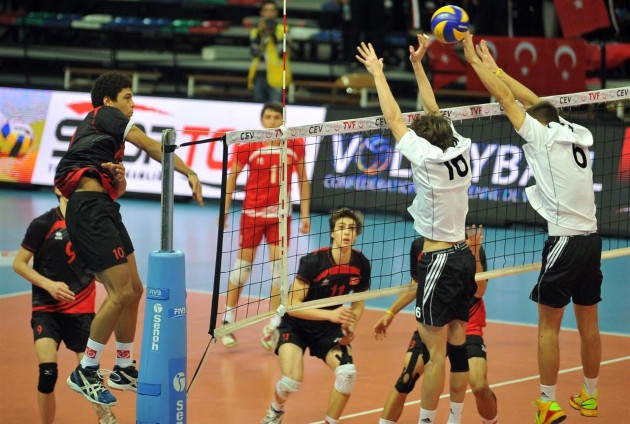 With Austria having suffered their first defeat in the competition, Spain and the Netherlands got back on track via a couple of wins. Spain cruised past Romania in straight sets (25-23, 25-18, and 25-16) with José Maria Castellano top scoring with 19 points including 6 blocks, while José Maria Gimenez added 15 to the count of his side.

On Monday the last three matches on schedule will determine the final standings of the group and assign the two tickets at stake to advance to the final round of this year’s Championship. Turkey is in pole position, with Spain and Austria still in the run as well.