Italy and Russia dominate the scene at “Luch” sports hall in Russia’s capital city where these young sides are trying to find their way to the final round. Russia downed Norway in straight sets in what was some kind of training session while Italy did the same with Belgium. 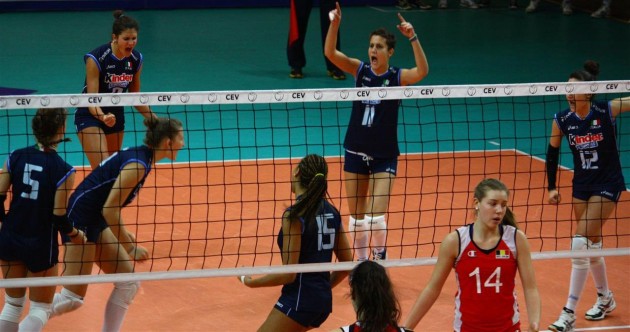 Belgium needed to score a win to remain in contention for second place in the group and hence for a pass to the final round. However, Italy showed no mercy and actually played with great quality and composure opening strong to claim the first set. In set 2 Belgium went up 20:15 but similarly to what had happened on Saturday against Russia, the Belgians lost focus and consistency right by the time it counted the most; Italy scored the next ten points to flip the charts around (25-20) and eventually prolonged that positive series also to the early phases of the third set (6:0), paving its way with gold for the final 3:0 (25-11).

In the other match of the day Belarus edged Estonia in straight sets, in a game that was close only in the second set (25-11, 25-23, and 25-16). This was the second win for Belarus in Moscow but still not enough to remain in contention for a ticket to the final round.