In the next season Matey Kaziyski will play for Halkbank ANKARA. Turkish team wants to sign with Osmany Juantorena and Raphael Vieira de Oliveira also from Itas Diatec TRENTINO. This and other volleyball news read on Worldofvolley.com. 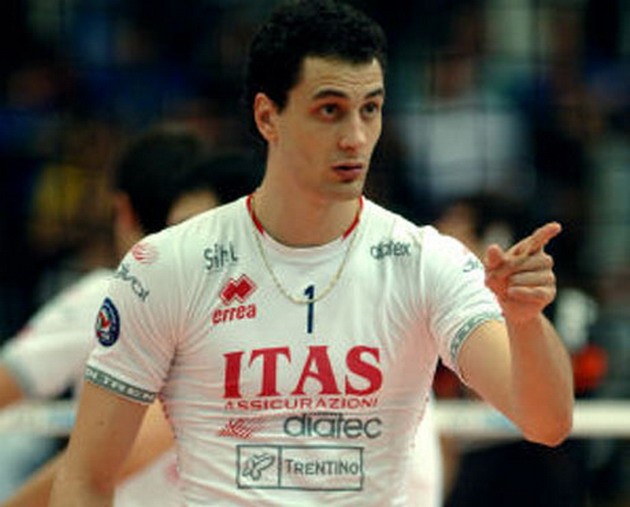 “I decided to follow Stoytchev in this adventure in Turkey for many reasons, personal and professional. Going away from Itas Diatec TRENTINO to me is very difficult, it is like leaving my house and for that reason I hope I will return here soon. I want to thank first of all the club, then my teammates and finally the fans with whom we shared six beautiful and rich in victories years. I hope that is not a goodbye” said Matey Kaziyski.

Kaziyski played in the jersey with number one in 277 games (in 194 of them he was captain), he scored 4,085 points (best striker of all time in club history).

“We respect the choice of Matey even if we make it hard to accept it” said the President of the TRENTINO Volley Diego Mosna. “I hope there’s an opportunity to bring him back in Trento after one year and in the meantime we will retire the jersey with number one because that can only be his. Thanks Matey for the six wonderful years spent in TRENTINO Volley and I wish him well.”