Hosts Mexico scored a much needed victory over Tunisia 30-28 25-17, 23-25, 25-18 to secure fourth place in Pool A of the FIVB Boys’ World Championship in front of an enthusiastic crowd at the Baja California High Performance Center on Sunday night. This and other volleyball news read on Worldofvolley.com. 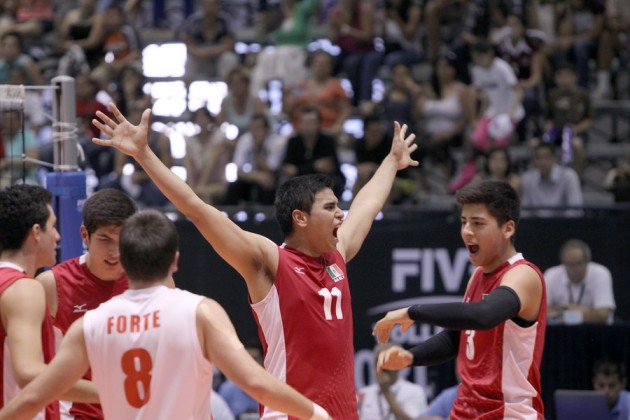 They finished with a 1-3 record and four points and will meet the top team of Pool B in the round of sixteen next Wednesday.

The home boys recovered from a painful loss to Belgium in five-sets one day earlier and entered the court determined to get the win fighting for every point.

Ivan Molano led the offensive route with 18 points and received support from Ariel Acosta and Enrique Ugalde who contributed 10 and 9 points respectively.

Tunisia’s Wael Mrika and Wassim Ben Tara were the main offensive weapons of Tunisia with 13 and 8 points.

Mexico collected six points via aces to none from the Tunisians and out-blocked the African team 9-7.

The next match of Mexico in the FIVB Boys’ U19 World Championship will be a very tough one against the winner of Pool B, but it will be a challenge they accept rather than playing in the consolation round.

That was the center of the comments made by the captain of the team at the press conference held after the victory over Tunisia on Sunday night.

Mauricio Lopez, captain of Mexico: “We began playing with the mentality to win the match and to make it into the next round. It was a matter of national pride. We know we will be playing against a first place team but we are going to focus on giving all we have on the court.”

Wael Mrika, captain of Tunisia: “We had many problems with the serve reception and made many mistakes with the first pass.”

Oscar Licea, coach of Mexico: “I want to congratulate all my players because tonight we beat the ghost of the ‘we can’t do it’. We were able to recover from the third set loss. I want to thank also the fans for their support. Now we need to continue focused on the desire to win.”

Lofti Ben Slimane, coach of Tunisia: “The first set decided the fate of the match. After losing the first set, our intensity was not the same. I want to congratulate Mexico for an outstanding recovery from the five-set loss of the day before.”