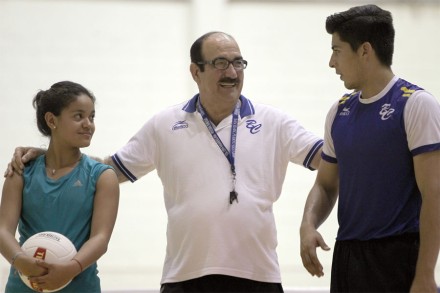 Perez Vento Machado competed at the Olympic Games of Montreal in 1976, in Canada, as member of the Cuban Team, that captured the Bronze Medal, four years after the representative of the Caribbean island finished tenth in Munich.

His experience as player has been key for the teams and athletes that train hard at the Olympic Center located in Northern, Mexico, and also his work as head coach in different circuits and leagues has a great value for the new generations.

He coached at the Puerto Rican League where he received de distinction as Coach of the Year 2008, with the Guaynabo Mets. His work also was fundamental in the big steps taken by the Dominican Women’s Volleyball Project that achieved a big success after winning medals at the Central American and Caribbean Games, as well as Pan American titles, like the one conquered in Santo Domingo 2003.