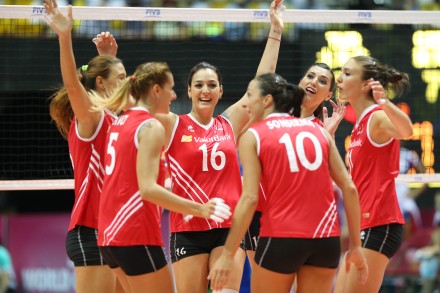 Win puts Turkey, who finished third in last year’s World Grand Prix tournament, in fifth place with 18 points – tied with Italy and Bulgaria. Turkey will need to win their match on Sunday against Italy to secure a place in the Finals.

Algeria are yet to win their first set in this year’s World Grand Prix. Only once a country did end a World Grand Prix edition without winning a single set: Chinese Taipei in 2007 (9 straight defeats).

Algeria’s Aicha Mezemate was the top scorer for her team, with nine points. Turkey’s Polen Uslupehlivan led her team with 17 points.

Turkey’s Captain Neslihan Darnel didn’t play in the match. Turkey were the clear favourites to win the game and they truly delivered. Algeria never had a chance and it was only the question of a final result.

GP: Brazil get much-needed win against the Netherlands