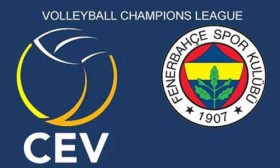 CEV announced that the rejection of their application is motivated by the mis-behavior of the club during the past season and especially in combination with the final four held this past March 24-25 in Baku, Azerbaijan.

However the club thinks that although they might have made mistakes, punishment should be on disciplinary level instead of taking players rights to take part as last year champions.

ITA M: Castellana Back in A1!

EXCLUSIVE: Juantorena – “Lube wants me so...