WoV on Gloria Cup: Maribor was amazing, but Volero was better

Volero has managed to break a strong resistance of Maribor after more than two hours of excellent volleyball here in Belek. 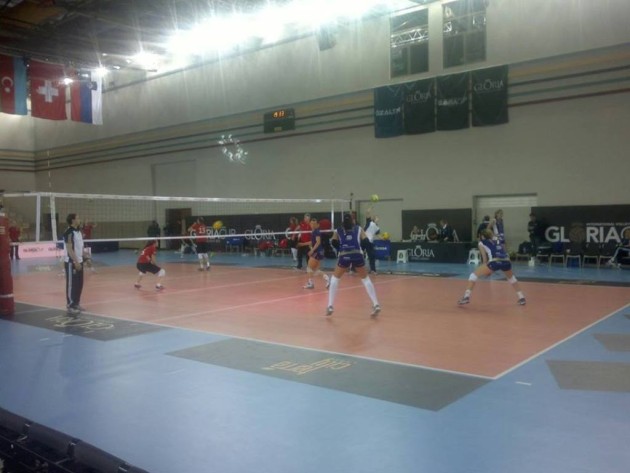 Nyukhalova finishes the match – 15:7 for Volero!

Fantastic rally which lasted over a minute. Eventually Mlakar was blocked by Kupriianova – 12:6. Time out Maribor.

Mammadova with strong spike – 11:6 for Volero.

Kupriianova with two strong kills – 4:1 for Volero. And then she makes two aces – 6:2. Time out Maribor.

Mammadova with good spike – 2:0 for Volero.

It starts with the block of Kupriianova – 1:0 for Volero.

Mammadova spikes the ball into the out and Maribor wins the 4th set – 25:23!

Starcevic from block into the out – 24:23 for Maribor. Time out Volero.

But then Bulgarian player made two points in a row – 22:19. Time out Maribor.

Rabadzhieva made two mistakes. Firstly she spiked the ball into the out and then she was blocked – 22:17 for Maribor.

A short pause was good for Volero which takes two points in a row – 16:14.

Lights are back and the game continues.

Maribor leads 16:12, but the lights went off in the Arena. Game is stopped for a while.

Kaucic is serving amazingly today. She led the great run of Maribor in the second set, and she is doing the same now in the 4t. Slovenian side leads 12:8, time out Volero.

Four points in a row for Maribor and Slovenian side leads 8:7.

Mlakar misses the spike – Volero with the set point 29:28.

Big mistake by Ajnihar. Maribor had a counterattack, but she made double contact with the ball 27:27.

But, there is just no block for Starcevic – 26:25 for Maribor . Time out Volero.

Whooooah what a rally. Mammadova spiked twice, Ajnihar made an incredible save from the other side of the net and at the end Starcevic finished the point with a powerful spike! Maribor – Volero 25:24.

Starcevic ! She brings the set ball to Slovenian team 24:22.

But, Nyukhalova makes a service mistake – 23:21 for Maribor .

Volero decreased the gap on 22:19. Maribor time out.

Mlakar and Starcevic keep the lead of Maribor – 19:14.

Volero is not surrendering – Mammadova for 17:13.

Maribor is just playing perfectly at these moments. Mlakar with strong spike an it is 16:10 for the Slovenian team.

Sobocan gives Maribor two-point lead, and then Starcevic makes an ace – 4:1 for the Slovenian side.

This was the best play of the tournament so far! Starcevic was blocked but she saved the ball by her leg while she was falling! And then managed to get up and to make a one-on-one block!!! Maribor has tied the game – 25:21!

We are just writting the same name all the time, but Starcevic took another one – 23:19. One more mistake of Volero 24:19.

Starcevic in unstoppable – 19:19! What a comeback by Maribor!

Fantastic spike by Starcevic who is really a positive surprise of the tournament – 19:14.

Probably the best rally of the game goes to Maribor, but Volero still has huge lead – 19:12.

Starcevic  too sends the ball into out – Volero leads 16:10.

Mlakar makes a mistake and sends the ball into out. Volero – Maribor 12:9. Slovenian team called for the time out.

Many many turnarounds in this match. Now Volero takes three in a row – 9:8.

Kaucic used the bad reception of Volero and spiked the ball for 8:6 lead of Maribor .

Not in my house says S. Planinsec! Huge block and Maribor leads again 6:5.

But, Volero quickly turns thing around. It was 4:4 and then Mammadova added a strong block 5:4 for the Swiss side.

Maribor again has a better opening – 4:2.

Mammadova finally. She passed through the block and returend the lead to Volero – 16:15.

It seems that Volero is turning on the engines. Nyukhalova scores and the Swiss team leads by 12:11.

Fantastic saves by Maribor, however Mlakar misses the attack this time – 11:11.

Starcevic and Mlakar are playing great and Maribor has two-point lead again 11:9.

And the Swiss team takes over the lead 8:7.

Volero is back. Rachel Perez makes point for 6:6.

Mlakar with a really, really strong spike and a mistake of Volero – 5:2 for the Slovenian team.