WGP W: Turkey comes back from one set down to defeat China

Turkey came back from one set down to defeat World Cup bronze winner China in the World Grand Prix Finals on Saturday night. 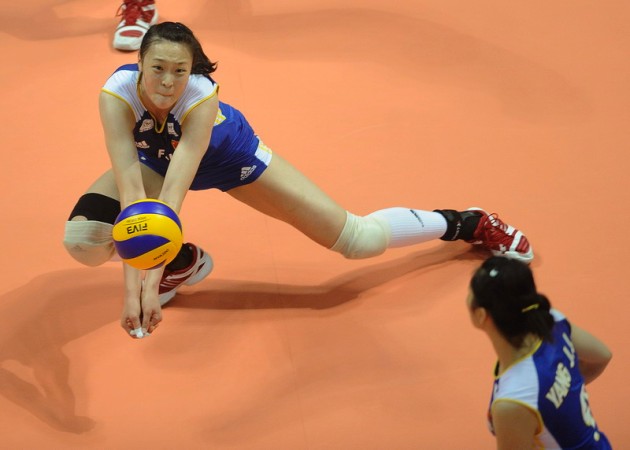 The two teams played consistently in the opening set where China maintained an narrow advantage to 5-3. Turkey launched a strong comeback with a 5-0 run to overtake the lead but was smoothed by China shortly afterward with a 4-1 wave.

Tied at 16-all, Dundar Eda Erdem led the Turkish women to a 4-0 run with several precise serves. However, China again showed their consistency, Ma Yunwen contributed a pair of kills to drive the Chinese team to pull it back.

After Erdem leveled it at 24-all with a kill, Turkey could not answer Yang Junjing’s serve and gave China the set at 26-24.

Turkey overcame a slowly start in the second set. A fine spike and a block from Bahar Toksoy helped Turkey pull it back at to 9-9.

Then both teams exchanged leads several times from 9-9 to 21-21 before Erdem‘s kill gave Turkey three set points to 24-21. China saved one but the star player of Turkey Neslihan Darnel came out with a cracking spike to make it 25-22 and pulled one set back.

It was tied at 12-all again in the third set when Neriman Ozsoy scored a pair of points from left side of the net that gave Turkey the momentum to go up 16-13 at the second TTO.

However, the Chinese women recollected themselves after the timeout to start an overwhelming 7-0 run sparkled by Hui Ruoqi, who contributed two smashes and an ace serve of them, and led the game at 21-18.

But Fan Linlin‘s spike was stopped by the defense put up by Bahar Toksoy and Darnel, allowing Turkey tied the game at 22-22.

With China‘s captain Wei Qiuyue‘s serve flied out of the court, Turkey scored three of the next four points to clinch the third set win 25-23.

Inspired by the thrilling win of the third set, the Turkey women continued the momentum to start the fourth set strongly thanks to a couple of smashes of Darnel.

On back of the Darnel‘s dominance over the net, Turkey managed to stay up at 16-13 and resisted China‘s effort to comeback to extend to 20-15.

The Turkey team was able to earn set point with a smash from Ozsoy before the Chinese handed the final victory to them when Fan Linlin served out of the court.

Floor was in pain after this spike...