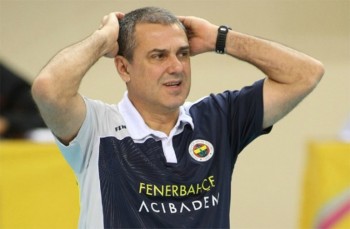 This info is coming from Brazil, and considering the name of the source it is much more than just a rumor. According to Bruno Voloch, Fenerbahce Grundig are ready to appoint Jose Roberto Guimaraes as their new head coach!!!

Do not forget that Ze Roberto worked in Fenerbahce from 2010 to 2012 and that brought three major trophies to Istanbul side – Club’s World Championship, CEV Champions League and Turkish Championship.

Ze Roberto is currently focused on preparing the Brazilian women’s national team for the Olympic Games in Rio, but after the most important tournament of the year he will be available to take over some club… Perhaps, it will be Fenerbahce.

But, what about the current head coach of the Yellow Angels – Marcello Abbondanza?

Many changes in Fenerbahçe since 2012 he left…

i think ze roberto can’t compete with giovanni guidetti and vakifbank. maybe when the setter naz leaves from vakif.

@zena You are % 100 right . Because there is a great quality difference Turkısh players between Vakıfbank and Fenerbahçe players .Exceptt ( Eda ,Merve ,Gizem ) . We ( Fenerbahçe ) has no change against Vakıfbank with Şeyma ,Polen ,Ergül ,Dicle ,Meliha .Setter is very important.. So transfering Naz is the best way .. But i think it is impossible

Not only Ze Roberto but also Thaisa Menezes and Natalia Pereira.