Turkish Volleyball Federation determined calendar for both Men’s and Women’s Division 1 for the 2016/2017 season which contains novelties that will certainly return intensity to the competition. 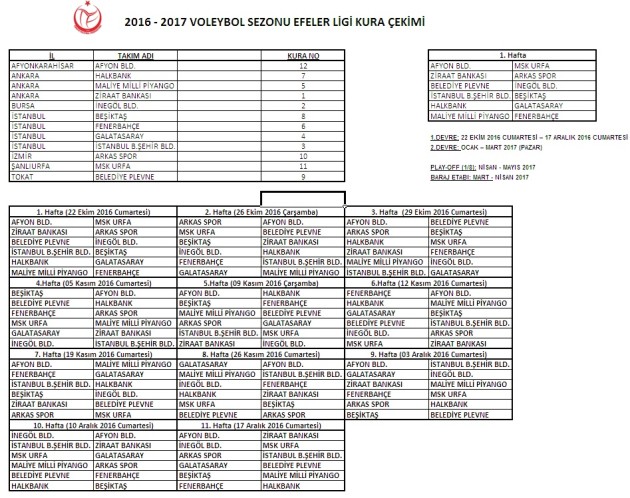 Turkish Volleyball Federation abandoned round robin format at the end of Regular Season which used to determine champions. Instead, it introduced play-off back after two seasons (2013/2014 season). A play-off will start with the quarterfinals (best eight teams from regular season). All series, not including the finals, will be played up to two wins (best of three). Finals will be played up to three wins (best of five). There will also be the play-off for the 5th-8th place. 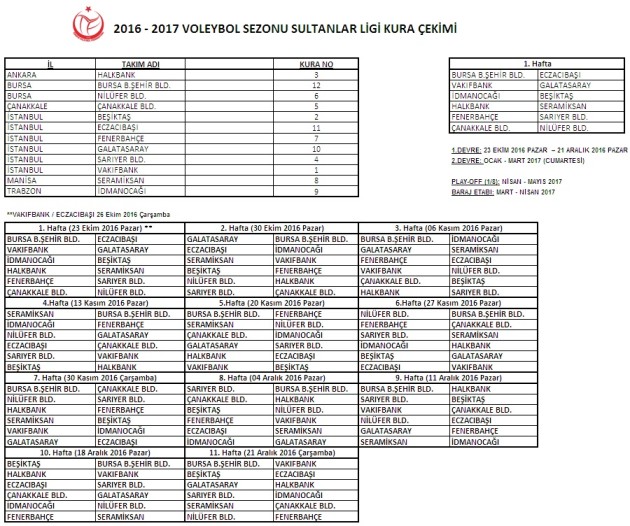 Other novelty is the return of the national Cup, after two seasons as well. The best four teams from the Regular Season will go directly to the quarterfinals which will be followed by the Final Four.

Due to the fact that Turkish Cup was not played last season, Super Cup will not be held this year.

Men’s Turkish Championship starts on October 22, while female begins a day afterwards. VakıfBank İstanbul and Eczacıbaşı VitrA İstanbul will play their opening game on October 26 due to their engagement in the 2016 FIVB Women’s Volleyball Club World Championship.

Check out more news from Turkey.

ITA W: Ţurlea joins her 13th team in Serie A1