Turkish volleyball team Galatasaray HDI Sigorta is the winner of the Balkan Cup (the competition under jurisdiction of the Balkan Volleyball Association) and qualified for the CEV Challenge Cup. 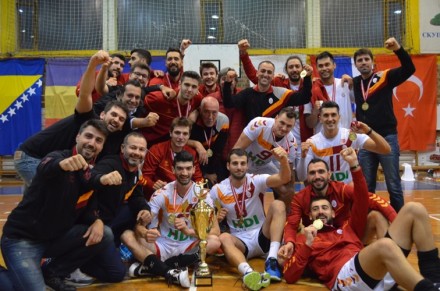 On the Final Four held in Bijeljina (Bosnia & Herzegovina), second time in row this city hosted BVA Cup, Galatasaray defeated CSM Bucuresti from Romania in semis and in the final they were better than last year’s winner Spartak from Serbia 3-0 (25-21, 25-21, 25-20).

Thus, Galatasaray have qualified for the Round 2 of the CEV Challenge Cup (the lowest ranked European Cup) where they will play against Cypriot Pafiakos Pafos (December 6 and December 20).

Zbigniew Bartman was the top  scorer of the game with 18 points.