After an exhausting qualification process which consisted of three stages, all 16 participants of both Men’s and Women’s EuroVolley next year are known! 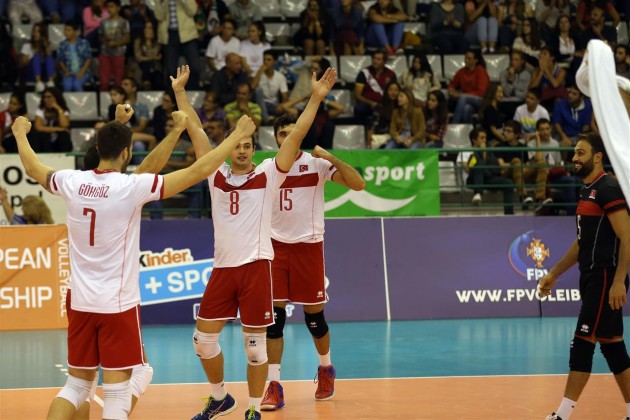 On the final day of Qualifiers, three second legs were held of which two were utterly dramatic.

In a festive atmosphere in Tallinn, Estonian Men’s NT materialized a job that they done in the first leg and smashed Baltic neighbors Latvia 3-0 in the second leg, partially 25-20, 25-19, 25-16. Robert Täht led the winners with 18 points. Hermans Egleskalns collected 10 in Latvia.

In Women’s competition, Hungary had arose like a Phoenix from the ashes and annulled 3-0 loss from first leg (and also losing first set in second leg) in Eastern European derby versus Romania 3-1 (14-25, 25-22, 27-25, 25-19).  And then, they finished off rivals in the golden set 15-13 to grab a ticket to 2017 Women’s Volleyball European Championship in Azerbaijan and Georgia. Dóra Horváth was unstoppable in Hungary with 26 points. Ana Cristina Cazacu scored 22 on the other side.