When you end your sports career, what counts the most are the medals you won. But there is one more thing that maybe counts even more – what your former teammates and coahes think of you. 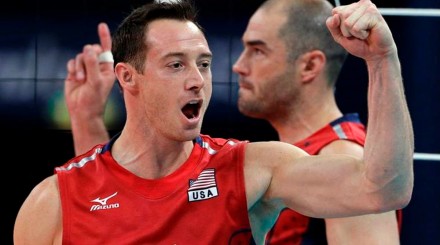 Players and coaches who had the privilege to be at the same court with Clayton Stanley during his rich volleyball career, that officially ended at the age of 38, have only words of praise for the opposite hitter.

“The thing that’s always been noticeable about him is how quiet and humble he has been about the way he plays the game and the way he carries himself. He was unflappable. He was a guy who always handled the big moments with total poise and confidence. If there was a person who embodied, ‘walk softly and carry a big stick’ it’s Clay Stanley… Clay can leave with no regret. I think he gave it every effort he could. He gave everything he could to USA Volleyball,” US National Team head coach John Speraw said on Stanley.

“He was an inspirational guy to look up to. His work ethic was incomparable to most. The way he was so humble about being one of the best players in the world is what made him special…. There is always a chance when you have Clay Stanley at the service line. There was always a chance that we could get back into a game. That was something we relied on and he always came through,” US NT middle blocker David Lee stated.