The U.S. professional men’s volleyball league has announced the schedule for the second-ever season. 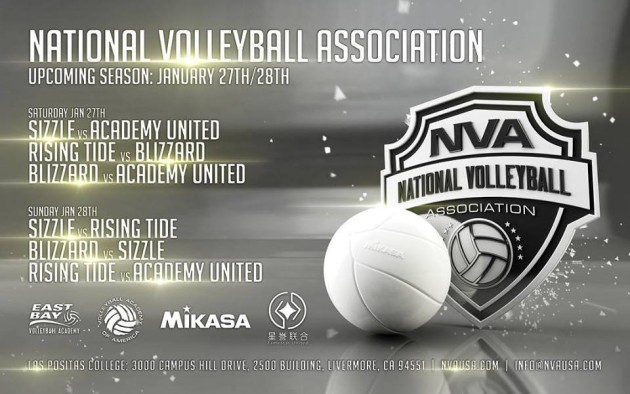 The National Volleyball Association (NVA) released the schedule for the first weekend of the second season, on January 27-28. The first weekend is named NVA West Coast Regional 1 and will be held at Las Positas College, Livermore, California.

Recall that the inaugural season was only a showcase, while the 2018 season will be much more competitive with a single round-robin tournament event which will be held at the end of each month from January to May. At the end of the regular season, the top two teams from both the West Coast and East Coast will play the Final Four tournament for the national title in June.

Final team rosters are yet to be determined as well as the schedule for the upcoming tournaments.

USA M: These stars will play in...