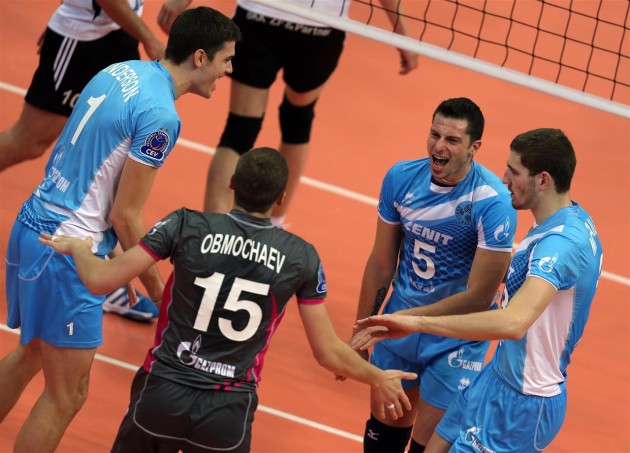 As per the official regulations, the first ranked teams of each prelim group plus the five second-ranked sides with the best score got the right to continue their quest for glory that will resume in mid-January after the traditional Christmas break. The teams qualified for the Playoffs 12 are:

Since one of the above teams will qualify directly for the final four as organizer, its spot will be taken by the next second-ranked team with the best score, i.e. Arkas IZMIR of Turkey.

As for the DOL, this will be performed according to the following principles:

– Team stemming from the same prelim Pool won’t cross their ways in the Playoffs 12;
– Maximum two teams from the same country – including the eventual organizer – can make it to the final four;
– As far as possible, a certain advantage will be granted to the teams that have finished the prelims in first place and that will play the return match and eventual golden set at home.

Four more teams – Knack ROESELARE, Generali UNTERHACHING, Jihostroj CESKE BUDEJOVICE and TOURS VB – will continue their European adventure in the Challenge Round of the 2013 CEV Volleyball Cup whose pairings will be also announced on Thursday.

Picture: last year’s winners of Zenit KAZAN were simply merciless and conceded no sets at all to their opponents as they swept all of their matches in prelim Pool A.