By downing ZOK RIJEKA of Croatia for the second time in one week, and this time in straight sets (25-21, 25-22, and 25-17), Aurubis HAMBURG eventually made it to the 1/8 finals of the 2013 CEV Volleyball Challenge Cup – Women. Read latest volleyball news on Worldofvolley.com. 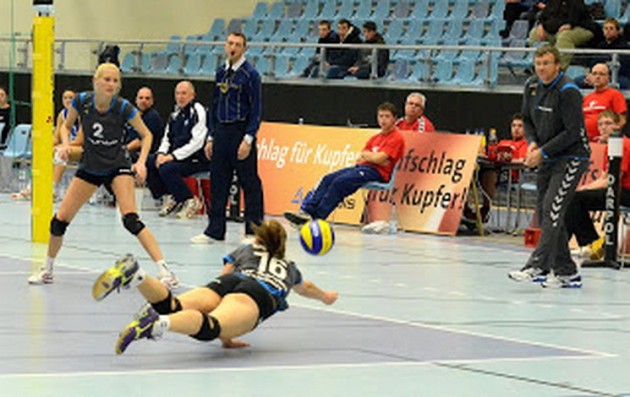 The guests had traveled to Germany with only eight players and hence the task was quite easy for the side mentored by Jean-Pierre Staelens that is celebrating this year its debut in the European Cups.

The away win claimed last week in Croatia was hence not a coincidence and the expectations were really high on Wednesday evening in Hamburg. Having no real substitutes but one, the side mentored by Igor Lovrinov could not stand the task and paved the way for the success of the home ladies who showed some great play in defense and in blocking. Aurubis fully deserved this win and in the next round will play Israel’s Hapoel KFAR SABA that has eliminated another Croatian team, ZOK SPLIT 1700. The first match will be played in Germany in mid January and the return is set to follow one week later in Israel.