Bank BPS Fakro MUSZYNA will be playing Russia’s Omichka OMSK REGION in the semis of the 2013 CEV Volleyball Cup – Women after the players around head coach Bogdan Serwinski claimed on Wednesday also their second game with the compatriots of Aluprof BIELSKO-BIALA. Helena Horka didn't play for Aluprof due to an injury. 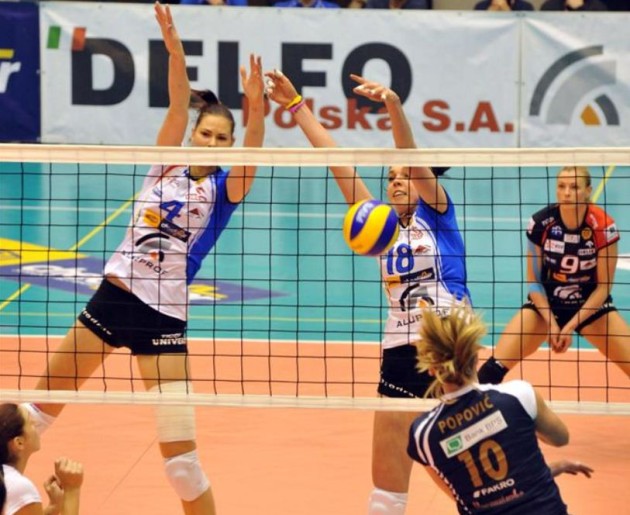 Last week Bank BPS Fakro had claimed its home match with the score of 3:1 and this time their task was even less demanding as Aluprof was missing Czech opposite Helena Horka due to injury.

Actually the hosts of BIELSKO-BIALA started out quite strong and set the pace of the game almost all the way through the opening set (8:4, 16:12 and 21:17) but Bank BPS Fakro scored four in a row and could eventually have the upper hand after a close final rush (25-23).

In the second set Bank BPS Fakro asserted its supremacy while Aluprof made many unforced errors, something that resulted in the terrific 25-12 stamped by MUSZYNA for the provisional 2:0.

Bank BPS Fakro did control the operations also in the third set and even though the score was tight there, still the guests could wrap it up at 25-23 to prolong their European campaign in this season.

For more volleyball news from this competition click on CEV Cup 2012/2013 F.