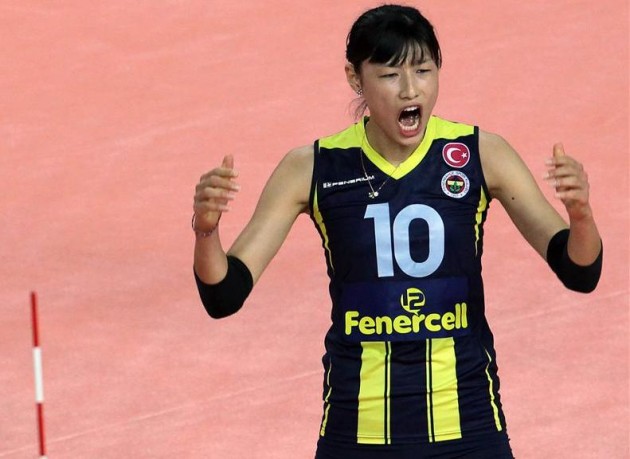 After coming down from the prelims of the 2013 CEV Volleyball Champions League, Uralochka looked still motivated to continue their European campaign while Fenerbahce impressed with the quality displayed already in the previous rounds of the CEV Cup. As the local fans contributed a great ambiance in the sports hall – the stands were almost “shaking” – Fenerbahce could limit their mistakes to a minimum and eventually have the upper hand in straight sets. Both teams showed great quality in the first set with Fenerbahce that displayed good reception, something that could help the hosts opt for some fast Volleyball (25-18).

However, Uralochka could fight back in the second set via good serving and their amazing high balls. It was Korean superstar – and MVP of the 2012 Olympics – Kim Yeon-Koung who anchored Fenerbahce in the deciding stages of the second and third sets. Fenerbahce fought their way back and could eventually claim set 2 and 3 at the end of a terrific comeback. The series nevertheless is not over and the Turks can expect a very tough match next week in Russia where Uralochka will enjoy the support of the home audience on their way to a possible golden set.

Piccinini is the Eagle of the Venice Carnival