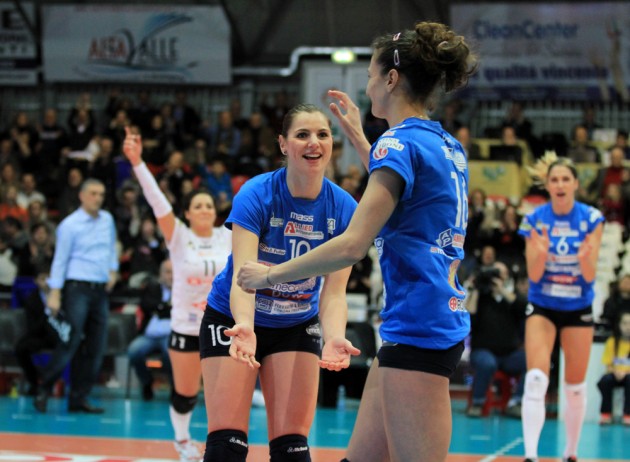 PIACENZA caught a good start going up by two-three points but after that the score remained tight up to 14 all. The players from Italy then scored five rallies in a row to show momentum and pave the way to the final 25-19.

Rebecchi Nordmeccanica got off to a flying start also in the second set moving up by 4-5 points halfway through and it looked like the Italians were somehow turning into reality the lyrics of their anthem – that was played for the first time this past Saturday – as they did never let the ball fall to cruise to an impressive 25-12 to seal a 2:0 lead.

Though Aurubis reacted in the third set, PIACENZA was not caught by surprise and HAMBURG trailed by four points by the mid of the set. Still the hosts could fight their way back right before the final rush as they cut the gap to a minimum (20:21 and 21:22); however, PIACENZA did not lose composure to finish it off at 25-22 for a well-deserved away win.

With three players of the Italian team finishing in double digits only Czech Vendula Merkova could break that line for Aurubis registering 10 in her losing effort.