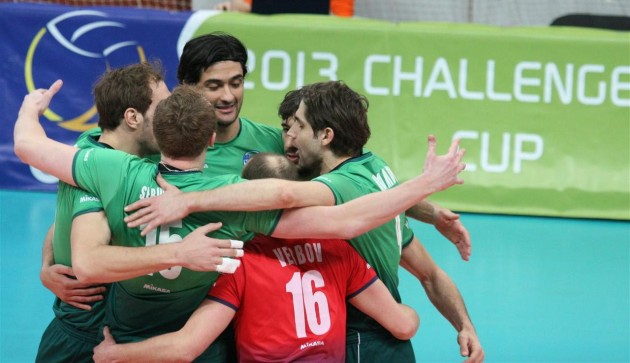 “Tonight we played a very strong opponent and I think that the fans did enjoy the game” Delecta head coach Piotr Makowski says. “We still have our chances to make it to the final but we’ll have to win twice at home, i.e. first the return match and then also the eventual golden set”.

“Though we can discuss today’s match, our thoughts are already on the return game in Poland. We know it won’t be easy as we have studied the matches played by Delecta in their national league and this side is currently playing superb Volleyball” Angiolino Frigoni, the mentor of Ural UFA, stresses. “Quite understandably the match in Poland will be quite different as they will count on many supporters and Delecta will most probably play with another setter. This win does not count as everything will be decided in Poland on Saturday” Ural team captain Alexey Kazakov concludes.