Mulhouse, France, December 1, 2011. The complete roster of ASPTT MULHOUSE and members of the local organizing committee recently attended a media event that was held in combination with the start of the 2012 CEV Volleyball Champions League. 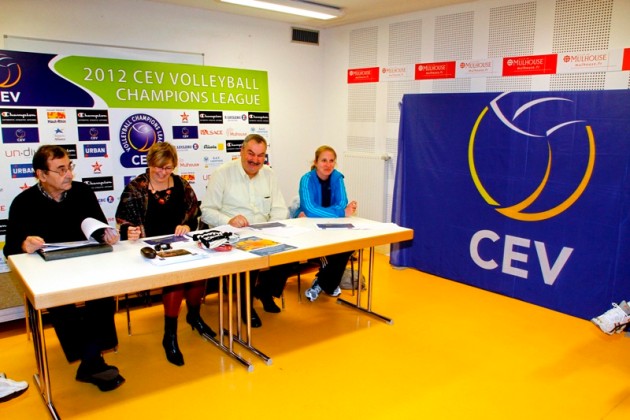 Sylvia Zatti, local Organizing Director, addressed the journalists by recalling some facts and figures associated to this elitist competition, by drawing their attention especially to the impressive TV ratings registered in the last season.

Ms. Zatti also stressed the high-quality of the tree teams that were assigned by the DOL to the Pool of ASPTT MULHOUSE, with Rabita BAKU having claimed the Club World Champs this past October in Doha, Qatar, and Fenerbahce Universal ISTANBUL being the bronze medalist from the past CL season.

DRESDNER SC of Germany completes the starting field of Pool B and although this side is a rookie in the Champions League, still it has signed some international players and has climbed up the European elite after winning the Challenge Cup back in 2010.