Ball explains all in latest edition of VolleyWorld

Lausanne, Switzerland, March 7, 2012 – Beijing Olympic champion Lloy Ball says that he received an offer too good to refuse when explaining the reason for his comeback to volleyball in the latest edition of the FIVB magazine VolleyWorld, which is now available online. 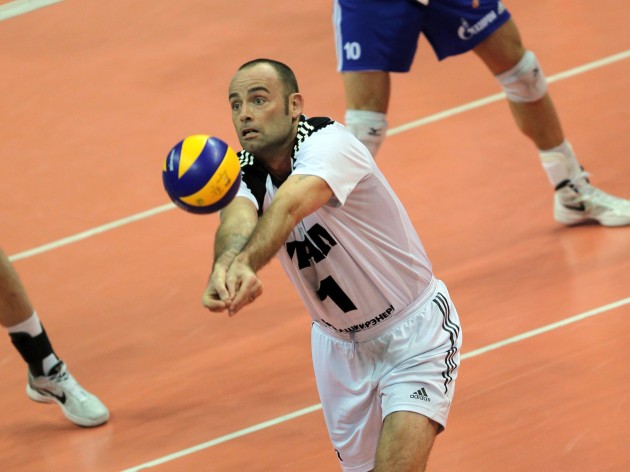 Ball explains all in latest edition of VolleyWorld

USA setter Ball, 39, announced in April 2011 that he was “taking a break” from volleyball after winning his fourth Russian Super League championship with Zenit Kazan to “reconnect with family and friends. I will also take this time to reflect on what path my life will take next,” he said at the time.

The break lasted about four months. Ball was lured back to Russia by Ural Ufa, where his former US team-mate, Clay Stanley, was already signed to play.

“Obviously, the money was a big factor,” Ball said with refreshing candour. “On top of that, I just came off knee surgery that went really well. Plus, the Russian championship was only going to be four to five months long, with a long break in November where I could come home. Ufa had hired an Italian coach (Angelo Frigoni) that I knew and liked. And, maybe the biggest reason was a chance to play with Steam (Clay Stanley) one more time.”

ITA A1: Serie A1 Sustenium: Round 22 in details